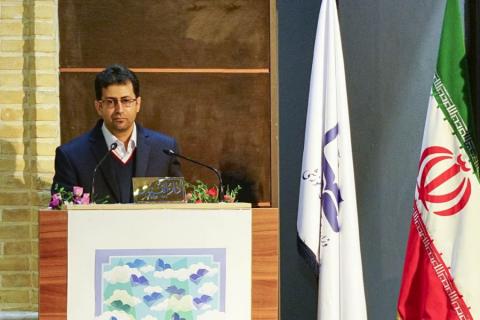 The secretary of the 18th Roshd Book Festival explained the process of holding this period of the festival and stated the strengths, reviewable points and necessary strategies to improve the quality of the future festival. According to the report of Public Relations and International Affairs of the Educational Research and Planning Organization, the 18th Roshd Book Festival ended its work this morning, January 12, at the Dar al-Fonun historical school with the presence of Mohsen Haji Mirzaei, Minister of Education. Roshd Book Festival was held in the 18th station in two groups of judging children's stories and adolescent stories, which included 363 and 197 titles, respectively. The groups of Persian language and literature with 89 titles, religious education with 87 titles and 2 groups of etiquette and life skills and experimental sciences each had 79 titles of books. Preschool books were judged in two groups of educational and fiction, which included 66 and 50 books, respectively, and the number of books in the other groups was less than 50 titles. The field of Persian language and literature had 744 books, the humanities and social studies 197, the experimental sciences 103, the Qur'an and Islamic teachings 87, the life skills and family foundation 79, and the work and technology 78 books. Foreign languages ​​were also the only field for which no group was formed during this period of the festival due to the small number of suitable books (only one book). During this period, a total of 3499 book titles were received and registered in the book organizing secretariat. Of these, 1463 titles were considered appropriate. This 1463 book titles went to the judging stage of the 18th Roshd Book Festival to be as selected or worthy work of appreciation and was judged in 26 three-person judging groups. Qomars Jahangardi, the secretary of the 18th Roshd Book Festival, said at the closing ceremony of the festival: The book festival is held in such a way that every year the books of the previous year are examined, so during 1998, about 3,499 books reached the secretariat. They selected 1,463 books as suitable textbooks. He said that catalogs are published every year and books are graded in it, adding: "Among these books selected in 26 sections, the evaluation work was reviewed by the jury and each book that received 70 points from the sample sheets was nominated." Above 80 scores were as selected. Jahangardi stated: For the first time, a system for reviewing books was created and all electronic judging work was done. 1,278 publishers registered in our system, of which 270 published their books in the festival, and 11 selected works and 19 commendable works were selected. The secretary of the 18th Roshd Book Festival pointed to the positive points of each judging panel and continued: The judges expressed satisfaction with the good examples of cultural works and Farhangian University's works. The growth of concepts and practical topics was visible in this year's books and the books on environment increased. Jahangardi pointed to the importance of discovering and presenting learning and said: simple expression in the field of social studies and translation works, the importance of increasing knowledge and discovering talent and paying attention to learning, reducing computer books, authors' efforts to train questioning and creative students are seen in the judges' statement. He pointed to the high share of translated books compared to authored books and added: Lack of attention to cultivating basic competence and exploration skills and little attention to science and technology, the need for publishers to use the capacity of native illustrators and photographers, the need to increase the attractiveness of content and appearance For students, the low variety of works is another issue mentioned by the judges that should be addressed in future festivals. At the end of the ceremony, the selected individuals were honored in the presence of the Minister of Education.