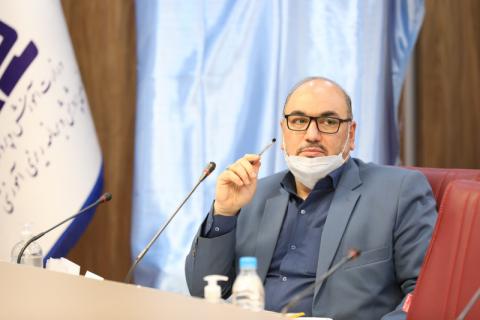 The secretary of the 50th Roshd International Film Festival announced the screening of selected works by students and teachers on the Chahar, Omid, Education and Quran TV channels.

According to the report of Public Relations and International Affairs of the Educational Research and Planning Organization, Sayed Sa'id Badiee in the press conference of the 50th Roshd Film Festival referred to the history of this event and said: "It is true that this year the festival is going through its 50th period. We had this event between 1979 and 1986. This festival is considered as one of the oldest cultural and educational programs in our country, which is over 57 years old, so I think that this event has reached a maturity today and needs a new approach for a new look.

Referring to the prevalence of Corona disease and its limitations, he said: "Unfortunately, this year, due to the outbreak of Corona disease, it is not possible to display works in the provinces as every year."

Badiee continued: "Another of our emphases in the fiftieth period of the festival was the emphasis on the health of students' bodies and souls, so we tried to consider their happiness and vitality along with the educational discussion." Protecting the rights of producers of educational and training works is also one of the programs we emphasize in this period of the festival.

The secretary of the 50th Roshd International Film Festival announced the wide welcoming of domestic and foreign filmmakers on this event and said: "In this period, we published the international section including four sections of feature story, short story, animation and documentary call." The national section also includes teachers and students, which fortunately we saw a good acceptance in both sections and all four seasons.

About the presence of 110 countries in this period, Badiee said: In this period, 110 countries sent their works to the secretariat of the festival, among which India with more than 387 works, the highest number of participants and Dominican with one work, the least submitted films to the Secretariat. Among the works submitted from different countries such as Spain, Italy, Germany, England, Afghanistan, Turkey, Jordan, Algeria, etc., 170 works entered the competition section in two stages of selection.

He spoke about how to show the works of the selected artists of the festival in TV and said: In this period, the films produced by students and teachers will be shown in the network 4, education network, Quran and Omid among the educational programs so that students from all over the country can benefit from these short films, we will have a webinar in the section on international works. In the works section of teachers and educators, the process of critique and display of works will be performed in the form of webinars, during which, in addition to the presence of experts, teachers and a member of the jury will be present.

The secretary of the 50th Roshd Film Festival continued: "In the students' section, the works will be screened and critiqued in the form of webinars, and the students will also be able to participate in the meeting process." Of course, we will also use the capacities of Roshd Network and Shad Messengers to present and display the works of this festival.

The secretary of the 50th Roshd International Film Festival said about the close connection between this event and young cinema in order to teach some technical courses: "In this course, we used the Young Cinema Association to teach some courses such as wood and marine industries, while we also had some significant works from the Center for the Intellectual Development of Children and Adolescents, the Farabi Association, Saba, and so on.

At this meeting, the poster of the 50th Roshd International Film Festival was unveiled, and at the end, the message of the Supreme Leader addressed to the Educational Research and Planning Organization, which contained appreciation and gratitude for the efforts made, which was read to the audience.

According to this report, the 50th International Roshd Film Festival will be held in Palestine Cinema from February 13th to 17th.