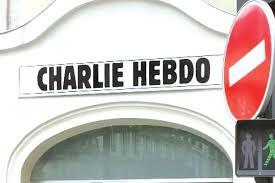 According to Public Relations and International Affairs at Organization for Educational Research and Planning (OERP), the statement reads: "Rudeness, always considered as repulsive, implies one’s failure in logic and reasoning. Deriding Islam’s Holy Prophet has been planned by the Zionist and American child-killing regimes in line with their Islamophobia project and their presenting an unrealistic image of Islam.”

“Along with the undue onslaught of the infidelity and hypocrisy currents against truth and justice, once again, Prophet Muhammad’s unique personality as well as the Quran have been targeted via the publication of an offensive cartoon. This is while Charlie Hebdo’s measure has been supported by the French government under the pretext of reinforcing freedom of expression, an act which has broken the hearts of over one billion Muslims around the globe.”

“Throughout the history, such malevolent currents have gone through a dark path and today we witness their active presence, as well. Those taking these measures have the illusory hope of doing damage to the Muhammadan world; yet, Heaven’s promise will be fulfilled and Islam, as the last and most perfect religion, will finally become universal.”

“The ineptitude of the Western thought systems, the most mesmerizing schemes of which are superpowers’ games, is obvious. Also, the current Saturday events in France, whose government claims supporting freedom of speech, as well as the recent insults on Holy Muhammad evidently signify the inefficiency of all the humanism-based schools and the necessity of humankind’s return to his nature-based revelation.”

“Hostility to Islam and Almighty God is committed by those immersed in their carnal and malicious desires. At some point in history, in order to achieve their sinister objectives, those engrossed in evil beheaded Holy Prophet’s grandson. Now, in these days coinciding with Muharram and Ashura, hence, with Imam Mahdi’s and Muslims’ grief around the world, once again, a Western magazine has published insulting images and words on Prophet Muhammad. This act has caused rage and disgust among all Muslims.”

“Vigilant and united Muslims across the globe, specifically the Iranian Husseini nation, will be always active in Muhammad’s and Ahl al-Bayt’s divine path up to Imam Mahdi’s advent.”

“The Command of Basij Farhangian Center expresses its deep grief over the French magazine’s shameful measure and condemns this open inhumane and violent act. The Center has never been indifferent to such insults offered to its holiest sanctuaries; moreover, it will never be silent on the ridicule of its blessed symbols and will reveal enemies' menacing goals.”