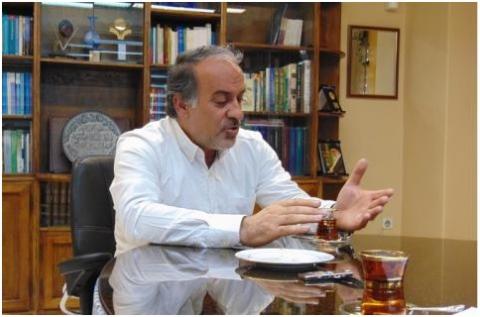 In a dialog of the education correspondent of Fars news agency, with Heydar Tourani on the content of the textbooks, he  said  that compilation of the National Curriculum Document, which is the first document of the six-dimensional sub-systems of the Transformation Document and is in the same line with it, was passed  for execution and the organization of research and planning was obligated according to the order of Hamid Reza Haji  Babaei, the former Minister of Education, for the implementation of the 3-3-6 project.  Based on this project, a sixth grade elementary school was created and the initial period of 6 years and secondary school was also defined for 6 years, followed by creating its textbooks.   So the authors in a breathtaking project and in a hurry began to compose textbooks; at first, the books of the first school level, then the second, third and other grades continued, and reached the sixth year high school.

*  No new book, up to the end of the sixth development plan/ The beginning of the textbook longevity

He said that all new textbooks will be released this year and we will not have a new book until the end of the Sixth Development Plan; however, we will make minor amendments if necessary.

He added: "New and good things are going to happen in this period; at the outset, authors and experts will have the opportunity to rebuild themselves; in other words, modernize the fleet of human resources, and be  more refined and more facilitated.”

He added: "We will no more have just textbooks, but there are educational packages that include textbooks, teacher tutorials, student guide books, compact discs, and we're looking to have better packages. It is important to educate teachers for a better education, because some of our teachers are not professional enough; but we are far away from the Fundamental Transformation Document’s goals. There should be an opportunity for all teachers to become more professional."

The head of the research and planning organization, argued that we can not make changes at school, without the principal, in fact the principal should be the leader of the educational, training and school teachers. The parents' look towards the school must change and they must demand for love, affection, education, happiness and learning rather than giving importance to their grades.

*  The reign of textbooks

Tourani added: “When the teacher sees parents, principals and schoolchildren's demands are changed, teacher changes himself and reevaluates his way of teaching. We want to understand the upstream documentation, which means that our experts will increase their studies, and strengthen their expertise and educate the students in line with the Transformation Document and National Curriculum and reduce the reign of textbooks. When the book is the main tool for teaching, it reigns in education, and the student always waits for the textbooks. So if the books come late to the hands of the students, then problems will occur.”

*  Towards multicast and multimedia policies

"We are thinking of politics," said Tourani, stating that we are seeking to adapt the policy of durability and   multiplicity, in fact we have been using multimedia for some years, but the textbook and multi-compilation persistence policy is still implemented. We hope that after 5 years of books longevity, textbooks will be compiled through institutions and educational institutions, teachers, the retirement centers, and authors; as we are now in 90s and not in the 60's anymore; at that time, the compilation of textbooks in the country were few, while now many industries have scientific departments and we have many specialists who can write textbooks.

The head of the Organization for Research and Educational Planning continued, "We must pay attention to the different conditions of the country from the point of view of the landscape and territorial diversity. What is the need to create a kind of book for all students?  For example, books on science, mathematics, chemistry, physics and biomedicine can be written in a few compilations, but we can go with caution in the history, literature and sociology. Along with a multi-compilation policy, we should move towards electronic books. We publish 140 million copies each year, while part of the paper we use is imported from abroad, and in Iran there is not enough paper-making material, so the policy of e-books can save books, and can resolve the distribution of the textbooks. We must gradually adapt ourselves to the technologies. If we are not capable, we will be forced to surrender because the speed of technology is fast, and if we do not manage the changes properly, we can’t go along with the science.

He stressed: "We must make sustainability in some of the books that are lasting," he said, stressing the need to work hard to make a difference. What's wrong if some books are used by different students for several years?  Now there are books in the world that are used for 8 years among students. The stability of some books requires the strength of the books, for example: India has 260 million students and Iran has 1million students.  This is while both countries produce 140 million volumes of textbooks, and this shows that India uses teacher’s teaching rather than books.”

Mr Tourani said: "The next point is the martyr Hojaji’s commemoration has come in to Persian textbooks of the sixth year high school and defense education. We will also launch a different program for the new academic year in the research week.”