"Far from us is disgrace" 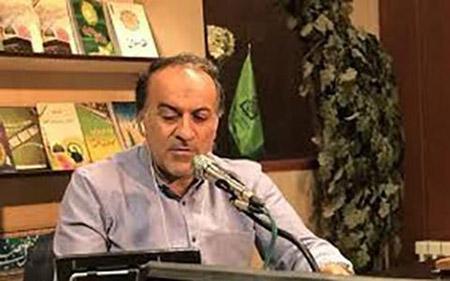 The exile of Imam Khomeini to Turkey in 1964; the killing of students at Tehran University in 1978 and the conquest of the US Embassy in 1980 led to the naming of the National Day for the Suppression of Global Arrogance on Aban (November 3) 13th in the country's calendar. This year, the anniversary of Aban13th coincides with Arbaeen and the final days of the month of Safar. This concurrency reminds us of this fact in our mind that the way of sharing Ashura is in common with the three important events of the month of Aban which  has the spirit of fighting oppression, tyranny and arrogance.

This year, in a way of revenge for the 40-year-long chants of the Islamic Ummah, as "Death to Arrogance", as well as the resistance of the Islamic Revolutionary Front in Palestine, Lebanon, Syria, Iraq and Yemen, the leader of arrogance wants the return the cruel sanctions on Aban 13' as a promise to defeat and surrender the proud people of Islamic Republic of Iran in her illusion and imagination. "When hell freezes over" !!! The proud people of Iran, and especially our sober students, will also be shouting this year, more dreadful than the past, "Death to arrogance."

Aban 13, the symbolic day is the day for chanting the deaths to various American crimes and to her crimes against humanity. As long as the atrocious and cruelty of the United States against the Islamic Republic of Iran and other nations and independent, libertarian, and sovereign states continue, the oppressed communities, across the globe will have more extensive and wider gatherings and chants in denouncing the oppression of oppressors than ever before.