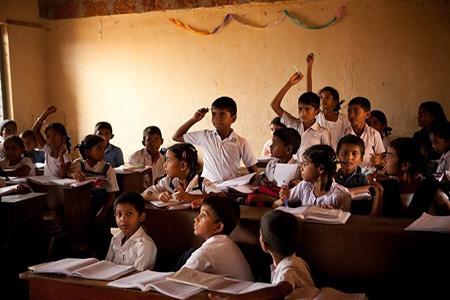 In collaboration with the government, the United Nations has laid out the Sustainable Development Framework 2018-22 to help India grow in a range of areas, from health and nutrition to elimination of poverty, timesofindia.indiatimes.com reported.

The framework has set targets to achieve by 2022, including raising lower secondary school attendance to 97 percent and primary attendance to 93 percent. Let’s take a look at the targets and where India stands today:

Poverty and urbanizationIn 2015, only three percent of poor households had access to affordable housing. This needs to be increased to five percent by 2022.

In 2015, 41 percent of young people aged between 15 and 24 were neither in education nor training. The framework has sought to reduce it to 25 percent. It has also sought to raise school completion rates from 89 percent for primary and 78 percent for lower secondary in 2015 to 95 percent and 90 percent, respectively.

The framework also aims to reduce stunting of children under five from 38.4 percent in 2013 to 23 percent. Among children aged between six months and 23 months, only 22 percent are fed the minimum dietary diversity. Under the framework, the target is set at 30 percent.

India has implemented 10 percent of the Hydrochlorofluorocarbons (HCFC) Phase-Out Management Plan with the target set at 35 percent by 2022.

The framework is seeking to raise the proportion of births registered from 80 percent in 2015-16 to 100 percent. Currently, about 500,000 adolescents benefit from at least one government program designed specifically for them. The target is set to raise the number to 2.5 million.