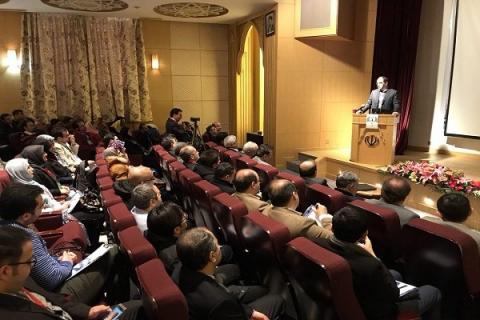 At the conference, Iran’s Cultural Attache in China said that “there are 2,600 universities in China none of which ranked below 100 in the world 15 years ago, but now there are 12 universities below 100 and 60 universities under one thousand ranking position.”

Referring to the fact that China had 37 million students in 2015, Dr Hojjat noted that “approximately one-fifth of the world's students are in China and the country ranks second in terms of the number of the students after the United States,” adding that “Iran has currently about 1,400 students in China, 62% of whom are PhD students.”

According to him, China has ranked second in producing articles with 400,000 while Iran has ranked 16th in the world with about 12,000 articles a year, but given the population of the two countries, Iranians produce 9 times higher articles than the number of published articles in China.

Iran’s Cultural Attache in China pointed out that Iranian students have currently a number of 8 student associations in china.

Hojjat said that the conference aims to to pave the way to get familiar with the experiences of the Iranian community in China adding that it was held by Iranian Student Association in Beijing in coordination with several academic and student institutions.  He added that the intensive activities to hold the conference began two months ago and 30 articles from all over China were received.