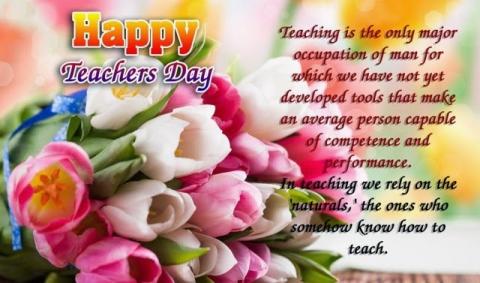 Special ceremonies are held on National Teachers’ Day in schools, educational institutions and universities nationwide. On this day, many students hold bunches of flowers as they hurry off to school, hoping to be the first to surprise their teacher on his/her special day.

As in many parts of the world, teaching is a profession considered sacred in Iran and the young and old sustain an undying respect for those who strove so hard to increase their knowledge, honoring them with a small gift or flowers on this day.

Iranians mark the day in memory of Ayatollah Morteza Motahhari, one of the architects of the Islamic Republic and a man who devoted his life to opening up and writing about Islamic teachings. He was martyred on the same day in 1980.

He was born on February 3, 1920. He was an ayatollah, a teacher and a politician. He was the disciple of Imam Khomeini during the shah’s reign.

He formed the Council of Revolution on the advice of the Imam. And he used to lead the Council with equality and justice. He studied at seminary school from 1944-1952 and later he joined University of Tehran where he taught for approximately 22 years.

His academic field was philosophy. He wrote a famous book on philosophy named ‘Man and Universe’ in which he emphasizes philosophical teachings which are present in the world, and usually humans interact with them. Also in his book he discusses Kant and Descartes who are considered to be leading figures in philosophy according to Western civilization.

Throughout his life, Motahhari emphasized on reading rather than writing.

He led a simple life, with no luxury and is considered an important person who participated in the Islamic Revolution.