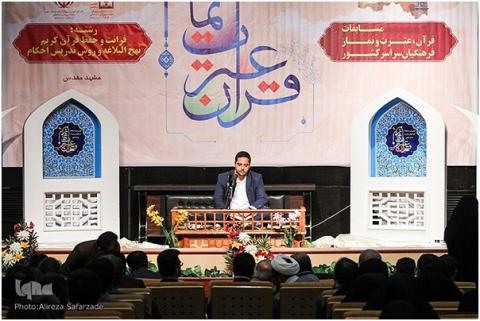 Mohammad Reza Mosayyebzadeh, the ministry’s Quran and Etrat deputy, told IQNA that the opening ceremony will be held at the holy mausoleum of Imam Reza (AS).

It will begin with recitation of verses from the Quran by Mokhtar Dehqan, Iran’s representative in this year’s edition of Malaysia’s international Quran competition who won the second rank.

He noted that some 500 teachers and members of the ministry’s staff competed in the preliminary level of the competition.

According to Mosayyebzadeh, 300 of those have made it to the national round.

The competition will run until Thursday, when winners of different categories will be announced and awarded, he went on to say.