Masnavi: One of Most Influential Written Media in World 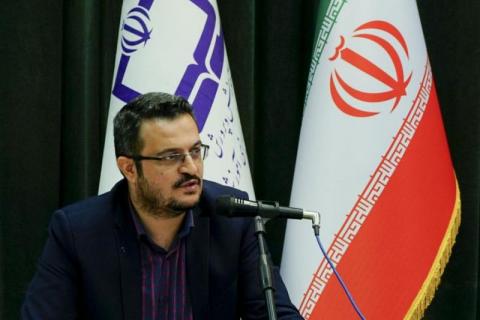 A Training workshop on “Rumi’s Favorable Medium Index” was held by Organization of Educational Research and Planning (OERP) on September 29.

According to a report by Public Relations and International Affairs Office at OERP, the workshop was attended by Dr. Mohammad Ibrahim Mohammadi, Director General at Bureau for Educational Technology and Publications, Dr. Maleki, Head of OERP, as well as chief editors and internal managers of Roshd Magazines.

Dr. Mohammadi said, “This is the first meeting in the domain of thinking, interaction, having dialogue and sharing viewpoints, an opportunity that can be transformative in this area.”

“Today is Rumi’s Day, a prominent character in the humanity world, Islam and the literature and mysticism sphere, as well”

“What we are pursuing in the media is related to the ideas of great individuals such as Rumi for he is a man of medium and his landmark Masnavi, also a medium, is still dynamic, influential and constructive.”

He added that certain indicators including originality, creativity, softness and comprehensiveness belong to this great man’s thought. “If our messages in a medium feature these characteristics, their effectiveness will augment for the audience.”

Addressing chief editors and internal managers of Roshd Magazines, he concluded, “You have a winning card as you have a special target audience and no magazine enters schools except yours. This is a golden opportunity for you.”