Multilingual students have improved in academic achievement since 2003 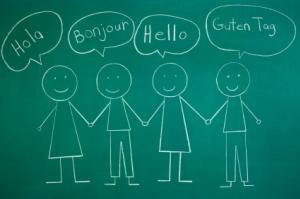 This new research debunked a common myth that multilingual students and English Learners have made little progress in academic achievement in recent years, and that US schools continue to fail these students, phys.org wrote.

"Educators and policymakers have been misled by traditional ways of looking at achievement data for English learners," said Kieffer.

"When we look at the broader population of multilingual students, we uncover remarkable progress."

Kieffer and the study's coauthor, Karen D. Thompson of Oregon State University, analyzed National Assessment of Educational Progress data from 2003 to 2015. The data demonstrated that although all students' scores improved, multilingual students' scores improved two to three times more than monolingual students scores in both subjects in grades four and eight. There is little evidence that these trends can be explained by cohort changes in racial/ethnic, socioeconomic, or regional composition.

The research also demonstrates that multilingual students are about one-third to one-half of a grade level closer to their monolingual peers in 2015 than they were in 2003. The data cannot identify the specific sources for the change in achievement, but suggests that a bundle of policy changes which occurred between 2003 and 2015 may have moved schools in the right direction in serving multilingual students.

"Despite the dominant perception that these students have made little academic progress in recent years, our findings indicate there is real evidence of progress for this population," said Thompson, the study's coauthor and an assistant professor in OSU's College of Education. "Students are showing what they know."