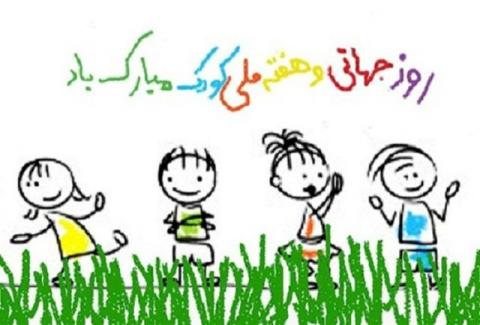 The National Children’s Week is underway from October 5 to 11 under the theme of “We must build up the future”.

Each day of the week is dedicated to a theme which is interwoven with different issues such as health and safety, environment, cultural heritage, peace, communication, media and family.

Accordingly, October 9 is dedicated to children who will make the country’s future and how to treat them in a way to form a bright future either for themselves or the country.

Various recreational and educational programs centering on the topic similar to the day’s theme are held on each day which have been coordinated by the Intellectual Development of Children and Young Adults (an Iranian institution with a wide range of cultural and artistic activities in the field of mental and cultural development for children and young adults).

Different programs such as storytelling, role playing and book reading are held on Tuesday which is called "Child, Peace, Play and Joy" Day, with UNICEF representative in Iran in attendance.

Museums are free of charge for children on Tuesday.

Several workshops including photography, drawing, creative skill, and crafts will be held during one-week celebration along with unveiling movies and books.

This year’s motto is chosen the same as the last year’s to keep “hope for a bright future” for Iranian children.

The poster designed for the children’s day is depicting a sense of hope, freshness and energy while putting emphasis on the importance of games and imagination in children’s lives and future.

Children’s Day around the world

Children’s Day is a day to engage in fun and frolic. But it is not just that. This day reminds everyone to renew their commitment towards the well-being and welfare of all children. It is an opportunity for all of us to reflect on our responsibility to ensure that our children are able

The day also offers each of us an inspirational entry-point to advocate, promote and celebrate children's rights, translating into dialogues and actions that will build a better world for children to grow up in a safe, sustainable, and prosperous world.

So, in this regard, Children’s Day is recognized on various days in many places around the world, to honor children globally. It was first proclaimed by the World Conference for the Well-being of Children in 1925 and then established universally in 1954 to protect an “appropriate” day.

The World Conference for the Well-being of Children in Geneva, Switzerland, proclaimed June 1 to be International Children’s Day. After the conference, different governments around the world decided to declare a day as Children’s Day to draw attention to children’s issues, which many of them chose June 1.