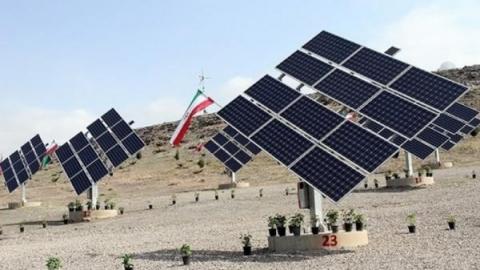 Director of Renewable Energy Department of Niroo Research Institute (NRI) said the institute has defined a new program for the promotion and expansion of the use of renewable energy sources in schools, IRNA reported.

Under the framework of this project, financial and economic models will be proposed for implementing small solar energy units in the country's schools to supply electricity and also to educate the children, and promote the development of this type of energy.

Also, based on this program, the proceeds from the sale of electricity generated in schools in disadvantaged regions will be used as a source of funding for the development of the schools; also, the development of a course covering renewable energy is another step that will be followed in this project.

Bozorgmehri further noted that it is expected that the expansion of the use of renewable energy in schools will help create a culture and promote the use of such energies by the masses.

According to Iran’s Renewable Energy and Energy Efficiency Organization (known as SATBA), the country’s nominal renewable power generation capacity reached 825 megawatts (MW) at the end of the Q1 of the current Iranian calendar year (June 20).

The figure is expected to double as other projects with a total capacity of 821 MW are underway across the country, the SATBA data suggest.

Currently, over 100 large-scale farms ranging from 2MW to 12MW and over 2,000 small-scale and rooftop renewable power plants are operating across Iran, the number of which has noticeably been growing as Iranian households and small industries have also embraced the new technology with open arms and investors also seem eager for more contribution in this area.

Overall, in the next five years, Iran is aiming for a 5,000 MW increase in renewable capacity to meet growing domestic demand and expand its presence in the regional electricity market.