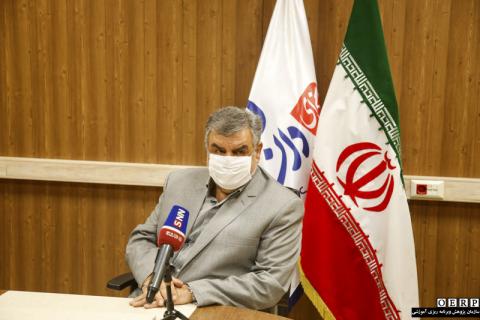 Dr. Hassan Maleki praised the efforts of the reporters of the Student News Agency, while paying a visit to its office to mark National Journalists' Day.

Dr. Hassan Maleki had a friendly meeting with the managing editor, editor-in chief and the editorial board of Student News Agency, stressing the role that journalists play in order to raise awareness in the soity.

August 8 was designated National Reporter’s Day in Iran after Taliban militants killed Mahmoud Saremi, the correspondent of the Islamic Republic News Agency (IRNA), along with eight Iranian diplomats, in the northern Afghan city of Mazar-i-Sharif in 1998.

Dr. Maleki added: “Message is considered news when it informs others properly and the reporter must be a master in raising awareness and educating the society, otherwise, the society is deceived. Enemies try to deceive people with certain media tricks and recruit soldiers; they will succeed if the society is not alarmed and aware.”

“The enemies’ front use their reporters and media in their advantage, and the Resistance Front and those who intend to confront the enemies should also employ media to counter enemies and fight the evils.”

Hadi Ghasemi, the managing ediotr of SNN, appreciated the efforts of the Organization for Educational Research and Planning for updating the educational curriculum.

At the end of the visit, Dr. Maleki bestowed a certificate of appreciation, to the Social Service editor on behalf of Education Minister, Mohsen Haji Mirzaei.