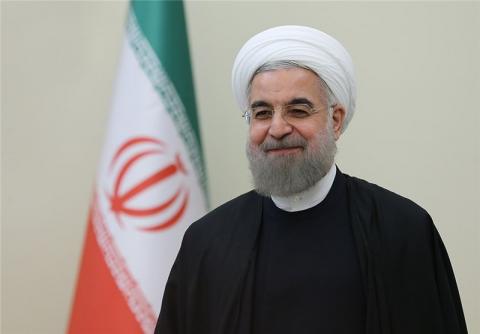 Speaking on Saturday at a ceremony for Teacher’s Day, Dr Hassan Rouhani said, “The value of a teacher’s work cannot be measured with material criteria and martyrs Motahari, Beheshti, Rajai and Bahonar exceptional models for teaching”. He said, “The classroom must be a place for learning mercy and forgiveness,” adding, “Teachers are mentors of the society as well”. “Teacher’s behaviour towards students is the most important educational principle,” added Dr Rouhani, saying that God is the first teacher. The President said, “Martyr Motahari was an exceptional figure in the seminary and the university. Martyr Motahari’s ethics and educational behaviour the best model for teachers”. Stating that, “Teachers and schools did a great job in disasters,” he said, “The Kermanshah Earthquake and the recent floods were unprecedented in the 100-year history of our country”. Dr Rouhani continued, “Teachers need to be alongside people in any conditions,” adding, “Learning skills for work and behaviour during incidents must be in the curriculum”. He also went on to say, “Students must have a creative mind and skill in a field when they finish high school”. President of the Islamic Republic of Iran also said, “Students’ readiness for political and social developments is what teachers have to work on”. Referring to the history of sanctions against the Islamic Republic of Iran, he said, “The first meaning of sanctions was that the bullying powers in the world tried to persuade the world that Iran was a dangerous country, seeking atomic bombs, so that we need to be careful about Iran”. “Bullying powers pave the way for sanctions through promoting Iranophobia,” he continued, adding, “Then they took Iran’s case to the Security Council of the United Nations and threatened us to the point of war with Resolution 1929”. Dr Rouhani added, “This government was seeking atomic science and assuring peacefulness of Iran’s nuclear programme. We run our election campaign with the slogan of centrifuges must spin and economy must spin”. “We reached a temporary agreement with the global community based on logic in the first 100 days of the government, based on which $700m of Iran’s assets were being unblocked every month,” he continued. He also went on to say, “The Zionist Regime and Saudi Arabia did not let the nuclear deal become permanent in 2014, and they postponed it for about 7 months, leading to complicated discussions until we reached the permanent deal”. “After the Joint Comprehensive Plan of Action (JCPOA), our oil exports doubled in just a short time and companies around the world promised $100 billion of credit for Iran,” continued President Rouhani. He added, “Israel, Saudi Arabia and racists angry with the JCPOA supported Trump in the elections and provoked him to withdraw from the deal”. The President also stated, “The US administration unilaterally withdrew from the JCPOA and imposed new sanctions”. He continued, “The goal of the United States is to put pressure on other countries and companies to make them cut business relations with Iran and undermine our independence”. “The US is seeking to curb our foreign currency resources; we need to reduce our reliance on foreign currency and increase our income through boosting production and exports,” continued Rouhani. He said, “In 2013, we imported around 6 million tonnes of wheat, but currently, we are capable of exporting it”. Stating that, “We used to import diesel and petrol, but today, we are capable of even exporting them,” the President said, “We will sell our oil despite US sanctions”. He continued, “Everyone should believe that today, America is seeking to fan the flames of domestic divisions”. “We have no way except for resistance, unity and hope in the future against the US,” he added, saying, “If the education system promotes unity, hope and skills in the society, any enemy will be defeated against Iran”. President of the Islamic Republic of Iran continued, “We will be victorious in the war of hope”.