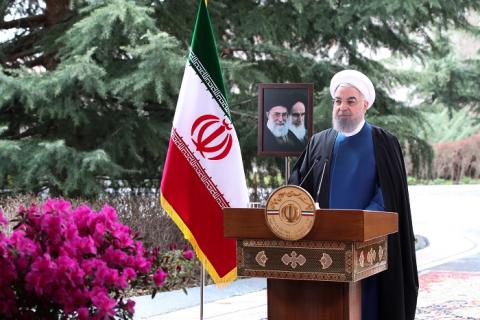 The President augmented the Nowruz holidays this year in the middle of two great happy days, the birthdays of Imam Hussein (AS) and the Promised Mahdi (AS), "the savior"and wished a Happy New Year to all the people of Iran. The end of the winter of nature, and the beginning of the time of light and heat and the blossoming and greenness of nature; With the end of a period, hard and difficult times of the life history of the Iranian nation have coincided.