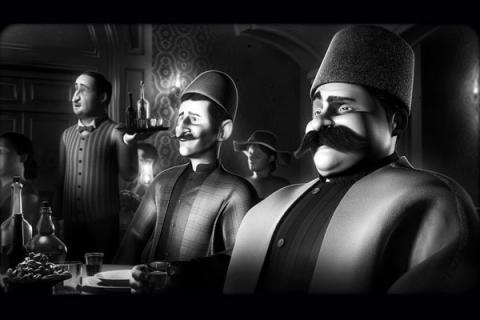 A lineup of 142 films from Iran and 25 other countries will go on screen in the 49th Roshd International Film Festival this year, the organizers have announced.

“The lineup includes 85 films from Iran and 57 from other countries,” the director of the festival, Vahid Golestan, said in a press release published on Friday.

“Last Cruise” by Hristina Belousova from Uzbekistan, “Zari, Zari, Kakol Zari” by Mahin Javaherian and “The Sixth String” by Bahram Azimi, both from Iran, are among the participating animations.

“Friend’s Empty Place” by Mohammad-Ali Talebi and “Hafez and Goethe” by Farshad Fereshteh-Hekmat, both from Iran, and “What Is Consciousness?” by Diana Gradinaru from the UK will be screened in the documentary competition.

“Capitan Kinesis” by Carles Jofre from Spain, “Surprise Me” by Simon Muck from Austria and “The Feast of the Goat” by Saeid Zamanian from Iran are among the short films selected to compete in the festival.

The festival will be running in Tehran from November 15 to 22 and will then move to other cities throughout the year.