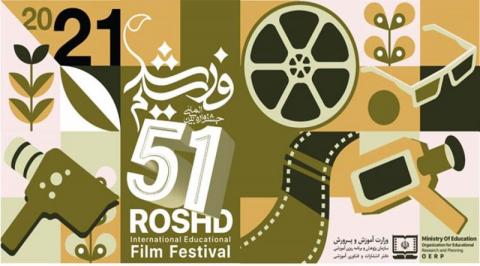 34 Iranian and foreign short fiction films will compete for the top ranks of the 51st Roshd International Film Festival.

According to the report of Public Relations and International Affairs of the Educational Research and Planning Organization, with the opinion of the jury of this section, 18 films by Iranian filmmakers and 16 films by filmmakers from different countries have been selected to compete with each other. Among foreign countries, the most works were from India with 5 works and 11 films from 11 other countries.

According to the Permanent Secretariat of the Roshd International Film Festival, the names of the films are as follows:

27. The World and Me / Al-Durkudrtilife / Uzbekistan

33. Water I Should Not Drink / Pedro Caldira, Paolo Grasa / Portugal

According to the Permanent Secretariat of the Roshd International Film Festival, Dr. Ahmad Al-Sati, Pouran Derakhshandeh and Mohammad Reza Vatandoost are the judges of the short story section of the Roshd Film Festival.

The closing ceremony of the 51st Roshd International Film Festival will be held on Friday evening, December 17th, from 6 to 9 pm at the Palestine Movie House Cultural Complex.

It is worth mentioning that the online screening of the films of the 51st Roshd Film Festival will be screened through the link https://roshka.ir/live/roshd on Sunday, Monday and Tuesday, December 21-23, according to the schedule.

The 51st International Festival of Scientific and Educational Films of Roshd Film will be held nationally and internationally in the categories of feature story, short story, short documentary, feature documentary, and animation with the participation of more than 105 foreign countries and 3155 works. Of these, 1980 films were from foreign countries and 1175 films from inside Iran were in the international sections, teachers, students, teachers and students.