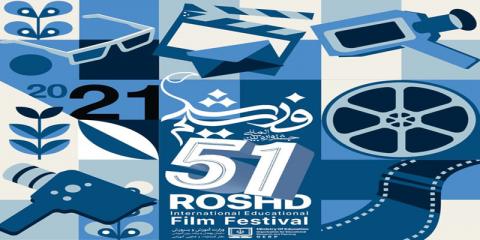 The executive director of the 52nd Roshd International Film Festival announced the participation of more than 2,000 Iranian and foreign filmmakers in this period of the festival. Mohammad Reza Shekar'riz, in an interview with the Public Relations and International Affairs of the Educational Research and Planning Organization, stated: According to the statistics of the Roshd Film Secretariat, due to the end of the initial opportunity announced in the call for the 51st festival, more than 2000 Iranian and foreign films in both international and national sections have been received by October 9th. "But according to the decision of the festival planning council and the approval of the secretary, the deadline for the call has been extended again until 16th of October, which is expected to exceed 2,500 films by the 16th of October." The executive director of the 52nd Roshd International Film Festival added: "Screening and initial reviews of the received works have started some time ago and soon the groups of the selection committee will officially start evaluating and judging the works. "Also for the first time this year, a number of filmmaking teachers from across the country have been invited to assist in reviewing the works as members of the selection board of the Roshd Film Secretariat, whose names will be announced soon." It should be noted that according to the latest news of the Roshd Film Secretariat, all Iranian and foreign filmmakers interested in participating in the 51st Roshd International Film Festival, who have not been able to register and submit their works by 7 October, will have until October 22 to register and send their works. Respected producers and filmmakers can refer to the eff.roshd.ir site, while studying and observing the rules of the Roshd Film Festival regulations, using the following two methods to register and submit their works. A) Completing the participation form in the festival and uploading the work link in the eff.roshd.ir system B) Completing the participation form in the festival, receiving the tracking code and sending the work on a CD to: No. 270, Corner of Azarfar Alley, North Iranshahr St., Tehran - Secretariat of the Educational Research and Planning Organization The telephone numbers of the Secretariat of Roshd International Film Festival: (021) 87196563 - 87196557 - 88301479 is ready to answer the questions of the participants on active days from 8:00 AM to 2:00 PM. The e-mail address eff.roshd@oerp.ir will also be ready to receive text messages from respected filmmakers. End of message