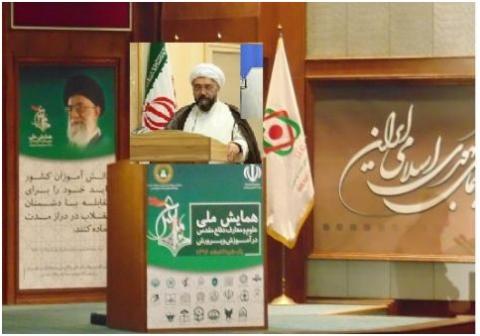 According to the Public Relations and International Affairs of the Organization for Research and Educational Planning, Dr. Mohammadian at the Holy Defense Science and Education Conference said that the subject of the document on the fundamental transformation of the educational system was based on the Islamic system, where there was opposition too. It was opposed by the monarchists, liberal democrats, and those who did not wanted Islamic-based government; but now that the document on the fundamental transformation is with the approval and emphasis of the Supreme Leader, we are all obliged to implement it and remove the obstacles on our way.

Mohammadian continued: “If we do prepare the contents of lessons, but the teachers are not trained, or if we educate the teacher and content of our curriculum is not prepared; and if both are ok and there is no home-school collaboration, then the Document's objectives are incomplete. Another danger is the occasional foreign slogans getting into the education. Despite all the shortcomings in education system, great steps have been taken which today the enemy is afraid of these great steps and that is why it seeks to discredit the official education of the country. We are an independent country with a very rich cultural and educational background, 8 years of sacred defense is also a valuable treasure in our education system.”

Dr. Mohammadian added that some scholars acknowledged that in the past, Iran’s map was camel shaped, which, unfortunately, in each invasion part of it was detached and now it’s like a cat. After the revolution, the enemy was thinking of breaking up this vast country, and their desire was to change the shape of the cat to a mouse, but the courageous Iranian people did not let that happen. In fact, the 8 year holly deffence was the only war that Iranian warriors did not leave a single meter of our soil to the full equipped enemy.