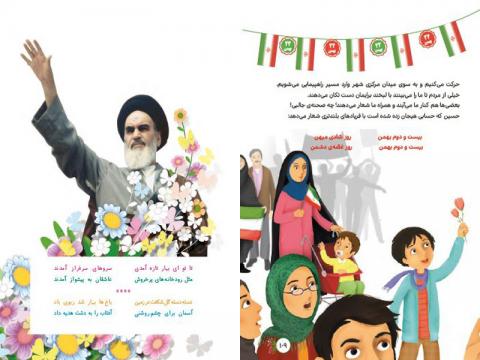 The head of the Educational Research and Planning Organization emphasized that the tree of our revolution is our tree of freedom and liberty; The Islamic Revolution of Iran was led by a chronologist and a right time decision maker stood up and fought against the authoritarian regime affiliated with the West.
According to the Public Relations and International Affairs of the Educational Research and Planning Organization, Dr. Hassan Maleki in the first part of the unveiling ceremony of the e-book and interactive book system, referring to the anniversary of the glorious victory of the revolution by reciting a verse from the Quran and greetings to the good souls of martyrs of the Islamic Revolution and the virtuous spirit of the late Imam and founder of the Islamic Republic of Iran, referring to the dignity of the word of right, said: Humanity today needs the word of the right if it needs intellect, science and reason and communication and technology and information and communication products. If all human needs are met and the word of right is not met, it is as if man is poor and must reach out to others, especially the arrogant. Every hand that reaches out to the arrogant reaches humiliation.

Congratulating the victory of the Islamic Revolution of Iran, he said: "This revolution taught the address of honor to humanity, especially the Iranian nation." Remember, if we want this revolution to be dear, we must keep it dear so it lasts.

The head of the Educational Research and Planning Organization said that if you want to remain dear, fight against falsehood, and familiarize yourself with the word truth and the way of truth in order to remain steadfast. Anniversary of the victory of the revolution. "Our revolution was an explosion of light," he said. Brief explanation that " God is the light of the heavens and the earth, and without God man can not find his right path in this world, because the light is a symbol of a shining life."

Dr. Maleki continued: If a person wants to find the way, not to lose the way and not be captured, he must move under the protection of divine light, because the Islamic Revolution of Iran was led by a mujtahid and a chronological jurist and was led against an authoritarian regime. It was light because it moved in the shadow of revelation, and it was an explosion because it eradicated a foreign regime.

The head of the Educational Research and Planning Organization stressed that we must preserve the tree of the revolution if we succeed in controlling the malevolent and the malicious people. This tree must remain, this rooted tree is the tree of our freedom and liberty.

This speech was given in the first part of the unveiling ceremony of the e-book and interactive book system.