UN: Forests absorb about 2b tons of carbon dioxide annually 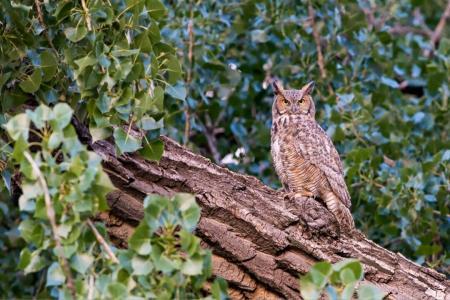 United Nations Secretary-General Antonio Guterres in his message on the International Day of Forests, 21 March 2020, said that forests absorb about 2 billion tonnes of carbon dioxide annually, calling on all governments, businesses and civil society to take urgent action to halt deforestation and restore degraded forests, so future generations can enjoy a greener and healthier future.

Guterres' message released on the occasion of the International Day of Forests was emailed to IRNA by the United Nations Information Center (UNIC) in Tehran.

The full text of his message reads:

Forests cover some 30 per cent of our planet’s land area and are home to 80 per cent of all terrestrial species.

The ecosystem services they provide to humanity range from purifying air and water to producing foods, medicines and wood and paper products.

Given the vital role of forests in capturing carbon dioxide, it is alarming that forests are increasingly victims of drought conditions induced by climate change.

The past year has seen enormous forest fires, from the Canadian Arctic and Siberia to California and Australia.

As well as heart-breaking losses of lives, homes and livelihoods in populated areas, these fires have been responsible for massive carbon dioxide emissions.

The 2030 Agenda for Sustainable Development recognizes the vital role of forests for our future.

In 2017, the first United Nations Strategic Plan for Forests 2030 was adopted by the UN General Assembly.

The Plan includes a set of six Global Forest Goals and 26 associated targets to be achieved by 2030.

These targets are laudable, but we are not on track.

Deforestation is mainly caused by the conversion of habitats for large-scale agriculture.

Over the past 25 years, the annual rate of net global deforestation has slowed by over 50 per cent, which is a credit to the efforts of governments and other stakeholders working to sustainably manage forests.  Yet, vast areas of forest continue to be lost.

This year’s International Day of Forests highlights the connections between forests and the rich biodiversity they support.

Last year, the Intergovernmental Science-Policy Platform on Biodiversity and Ecosystem Services sounded the alarm that the health of our ecosystems was declining at unprecedented speed and species extinction rates were accelerating.

We must act quickly to reverse this.  Safeguarding forests is part of the solution.

2020 has been referred to as a “Nature Super Year” and must be the year where we turn the tide on deforestation and forestry loss.

The 15th meeting of the Conference of the Parties to the Convention on Biological Diversity in October aims to adopt a Global Post-2020 Framework for Biodiversity.

This framework must comprise new ambitious targets to protect nature and address the underlying drivers of nature loss, coupled with robust implementation and financing mechanisms.

Our global environment is being degraded by our unsustainable choices.

The way we consume natural resources is accelerating biodiversity loss and exacerbating climate change.  On this International Day, I urge all governments, businesses and civil society to take urgent action to halt deforestation and restore degraded forests, so future generations can enjoy a greener, healthier future.