What is child poverty and why must we try to solve it? 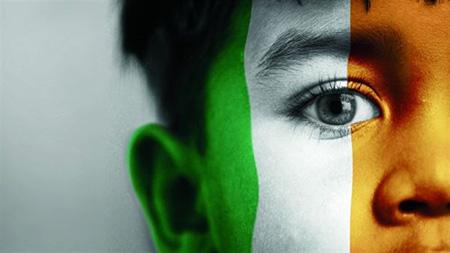 Inspired by the Democratic Program — a declaration of economic and social principles — issued by the first Dáil — the revolutionary, unicameral parliament of the Irish Republic from 1919 to 1922 — a century ago, The Irish Times explore the problems facing children in Ireland today and offer solutions that would make this a better country to be a child.

First of all, not everyone in Ireland has enough to eat or a place to live. But importantly, poverty is far more complex than inadequate food and shelter. It is also about resources, access to services and participating in society.

The government definition in the 1997 National Anti-Poverty Strategy, still stands: “People are living in poverty if their income and resources (material, cultural and social) are so inadequate as to preclude them from having a standard of living which is acceptable by the Irish society generally.

As a result of inadequate income and resources people may be excluded and marginalized from activities considered the norm for other people in society.”

But how many people, especially children, are in poverty? It depends on how it is being measured. There are three levels: To be ‘at risk’ of poverty or in ‘relative poverty’; to experience ‘material deprivation’; and to be in ‘consistent poverty’.

Anyone in a household with an income less than 60 percent of the median income is relatively poor and at risk of poverty. In 2017, when this meant living on less than €12,521 a year, 15.7 percent of the population were in this category, but 18.4 percent of children. Homes with children headed by single parents were at greatest risk, with 39.9 percent in this kind of poverty compared with 9.4 percent households with two parents.

Experiencing material deprivation means going without two of 11 indicators each month, including replacing worn-out household goods, two pairs of strong shoes, a warm coat, adequate heating and having friends or family over for food.

The harshest poverty is ‘consistent’ poverty, when a person is both ‘relatively’ poor and materially deprived. This affected 6.7 percent of people in 2017 but 8.8 percent of children. Some 20.7 percent of single-parents homes were in consistent poverty, compared with 3.9 percent of two-parent.

Other children most likely to be in poverty are households headed by travelers, immigrants, asylum seekers, a person with a disability and in particularly deprived urban and rural areas.

Nelson Mandela said of poverty: “Poverty is not an accident. Like slavery and apartheid, it is manmade and can be removed by the actions of human beings.” Poverty is neither the fault of the people experiencing it, nor inevitable. The causes of poverty are structural and the result of choices made by policymakers. They can be changed if the right, perhaps difficult, choices are made.

Study upon study has found poverty is bad not only for those experiencing it, whose lives are stunted educationally, professionally, emotionally and psychologically (particularly for children for who can suffer life-long effects) — but for everyone in society. Poverty means a loss in human potential, increased costs and increased demands on health and social services, as well as a breakdown in social cohesion where growing inequality leads to resentment, fear, crime and instability.

The Irish government has set poverty-reduction targets, the first in recent times set out in the 1997 National Anti-Poverty Strategy and the National Action Plan for Social Inclusion 2007-2016/2017. Among the aims are: To reduce consistent poverty to 2 percent by 2020, and to lift 70,000 (out of 138,000) children out of consistent poverty by 2020.

Though there have been slight decreases in poverty in the past three years, these must be set against dramatic increases since the financial crisis began in 2008. Deprivation and consistent poverty rates are higher than they were a decade ago.